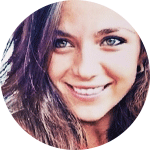 A new startup is born every 20 minutes in Berlin, according to German business advisory firm, Gruenden.

So what is it about the German capital that means it’s becoming the go to place for aspiring entrepreneurs? Being one of my favourite cities, it didn’t take much persuasion to head over and investigate.

After the visual opulence of cities like London, Paris and Rome – Berlin feels plain in comparison. Whilst I find myself drawn to its understated charm, there’s no avoiding the fact that it’s less sumptuous than its European neighbours.

But don’t be fooled.

Berlin’s low rents, cool image and open attitude make the city an attractive hub for innovative minds. “While London offers a good foundation in terms of capital and tech support for startups to grow, it lacks quality of life. Berlin on the other hand offers both” - Realbusiness.

Tech companies feasting off Berlin’s educated youth are to thank for the influx of startups setting up shop in Berlin. Creative industries account for 40,000 companies in the German capital, employing more than 350,000 workers and producing an annual turnover of over 35 billion euros.

According to a recent study, Berlin startups received 1.9 billion euros in funding over the first 6 months of last year alone, almost four times more than the entirety of 2014. So what is it about Berlin based businesses that excites investors?

Alex Jjung, the cofounder of successful Berlin startup – SoundCloud - explained that “one of the reasons why it is good for startups is because the whole city is a startup.” From the abolition of the wall in 1990, to the gentrification of East Berlin in recent years - the city has evolved a lot in the last three decades and so has its economy.

Up and coming Prenzlauer Berg and Freiedrichshain are the two districts of former East Berlin that have transformed the most. Prenzlauer retains pockets of radical energy but is mostly gentrified, whereas Freidrichshain is Berlin’s new bohemia, connecting the old and new parts of the city.

The city’s eclectic mix of modern and old attracts people from all over the world. It’s a cultural melting pot for creative minds and as a result, new and exciting business ideas are concocted in the city every day.

To understand why creative minds are drawn to the city, we caught up with Parisian web designer, Lily, who moved from Berlin from Brighton last year. Lily works for Brandwatch – one of the world’s leading social intelligence company with offices in Brighton, New York, San Francisco, Stuttgart, Singapore and Berlin.

With open discussion areas and graffiti covered walls, Brandwatchs’ Berlin offices are the perfect place for innovative ideas to flow. We spoke to Lily about what enticed her to the vibrant city.

“It's probably one of the most liberal cities of Europe, you really can be yourself. This city definitely plays by its own rules and because of that it encourages people to be their most creative.”

“As a designer, the Berlin underground art scene was also something I wanted to explore and I've not been disappointed so far. If you surround yourself in an open environment, it will reflect in your work and you’ll create the most innovative products you can.”

It’s not just about the German capital

Any conversation about Berlin needs to recognise the new and exciting time we’re in - with companies like YCombinator, HackFwd and Kickstarter able to facilitate the growth of fresh new ideas, startups are exploding everywhere. As these ideas develop into global corporations, they require a team of skilled individuals to help them grow.

A recent study predicts that over 800,000 additional workers with digital skills will be needed in Europe to meet the rising demand over the next five years alone. – The Future Digital Skills Needs or the UK Economy, 02.

Studies show that 20% of market leaders will lose their dominant position to a company founded after the year 2000 because of a lack of business advantage – Seizing the Digital Business Advantage, Gartner.

So what can you do?

The number of digital workers required over the next five years is set to top one million and that’s only in the UK.

From project managers and digital marketing executives, to cyber security experts and web developers – technical skills are high in demand and the only way to get the competitive edge is to keep learning.