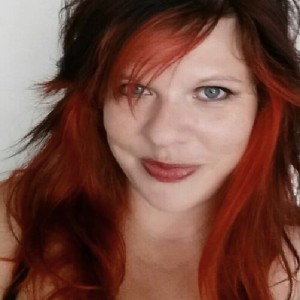 If you’re a graduate or new to the world of adulting at work, then you may not have discovered the self help wonderland of TED Talks yet. Well, now’s your chance.

What the hell are TED Talks? No film boffs, it isn’t a video of a talking teddy bear. TED Talks are basically short videos from epic people on sometimes controversial but always diverse topics. Technology, film, design, even sex. And they’re led by groundbreaking, world dominating, glass ceiling smashing experts from the likes of Bill Gates and Stephen Hawking to Bono and J.J Abrams. So, unclench - you won’t get any flashbacks to boring lectures at uni.

Today we’ve collected some popular TED Talks that offer career advice for graduates. To help you embrace your vulnerability, push past your limits, develop and persevere your way up the career ladder.

Talent, Shmalent. All you need is Grit

If you're more Joey from TOWIE than Sheldon from Big Bang Theory then all is not lost. New York pioneering psychologist Angela Lee Duckworth has news for you in her TED Talk, Grit: The Power of Perseverance. All you need is Grit. Before you head to your local Wickes to buy yourself a tonne and strut into the office with a hard hat and shovel, grit in this context is resolve and strength of character.

Watch this gem if you want to discover the true qualities that lead to outstanding achievement and find out why it isn’t all about talent and luck. This video is packed with tips that will replay in your brain whenever you fall down. Except when you fall out of the pub, you’re on your own there.

“Grit is passion and perseverance for very long term goals. Grit is having stamina. Grit is sticking with your future, day in, day out, not just for the week, not just for the month, but for years, and working really hard to make that future a reality. Grit is living life like it's a marathon, not a sprint.”

Activist Caroline Casey delivers an inspirational punch in her TED Talk Looking Past Limits. Telling her story from her ambitions of becoming Mowgli from The Jungle Book to losing her eyesight and becoming a social entrepreneur.

If you think you can’t reach your biggest goals, think again. Despite her blindness, this firecracker jumped on a seven and a half foot elephant on a thousand kilometre trek across India.

“Being absolutely true to yourself is freedom. And I never needed eyes to see, never. I simply needed vision and belief. And if you truly believe, and I mean believe from the bottom of your heart. You can make change happen.”

Get a swift butt kick from a firefighter

If you’ve been cruising along at a slow pace wondering what it is you can do to help others. Or if you’re considering volunteering or finding a career with greater meaning, this TED Talk from volunteer firefighter Mark Bezos, will give you a swift kick up the bum. He learned a big lesson when an act of heroism didn't go quite as expected. The key message is don't wait to be a hero. The time to act is now.

“Don't wait. Don't wait until you make your first million to make a difference in somebody's life. If you have something to give, give it now. Serve food at a soup kitchen. Clean up a neighborhood park. Be a mentor. Not every day is going to offer us a chance to save somebody's life, but every day offers us an opportunity to affect one. So get in the game.”

So, you know you could be doing more and you probably shouldn’t go clubbing again tonight, but you can always get your shiz in order in your thirties, right? Wrong according to clinical psychologist Meg Jay in her TED Talk Why 30 is not the new 20. If you’re still in your twenties chuck those old pizza boxes, wash your damn jeans and stop putting the empty milk carton back in the fridge - Meg has a bold message for you. This is not a throwaway decade.

Because marriage, work and kids are happening later in life, there seems to be less urgency on progress. Meg gives three pieces of advice for how twentysomethings can reclaim adulthood in the defining decade of their lives:

“Claiming your 20s is one of the simplest, yet most transformative, things you can do. Do something that adds value to who you are. Do something that's an investment in who you might want to be next. Don't be defined by what you didn't know or didn't do. You're deciding your life right now.”

See also: Dos and don'ts for every twenty something in their first job

Wimp or pimp? The power is within you

Just because you sometimes struggle with stuff, it doesn’t make you a failure. Don’t believe us? Check out Brene Brown’s TED Talk on The power of vulnerability. It’s an oldie, but a goodie. It’s one of the most watched ted talks, going viral back in 2010 with over 20 million views.

Find out how your darkest and weakest moments can actually be the most powerful of all. It’s time to find your inner superhero and embrace your vulnerability.

“The only people who don't experience shame have no capacity for human empathy or connection. No one wants to talk about it, and the less you talk about it, the more you have it.”

Superman himself may have been a shy reporter as Clark Kent, but deep within he had the power to lift planes and save the world. As Superman himself put it ‘you are much stronger than you think you are.’

There you have it, don’t throw away a decade. Take a break from Instagram or scrolling YouTube for fail video LOLs and watch these inspirational TED Talks for graduates. Your eyeballs may still be square, but you’ll certainly get more out of these than a pig singing Rihanna’s ‘B**ch Better Have my Money’... even if it was one of 2015’s most popular YouTube videos.

There’s so much wisdom out there to be absorbed. Who knows, you could TED Talk your way into that next promotion?