Game, set and match – how Wimbledon aced the digital world 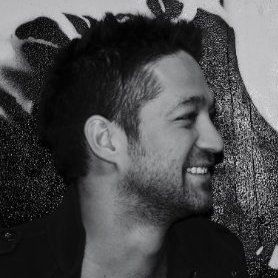 Wimbledon. It’s the most British of British sporting occasions, a tournament that makes you instantly think of summer.

An institution that conjures up images of flag waving, Pimms drinking, Strawberry eating Panama wearing folk sharing Snapchats of celebs, while tweeting about Andy Murray and watching highlights on Periscope.  All done while the umpires call for “New balls please.”

Let’s be honest, that end of that description may not fit in with the traditional image one holds in their head of the Wimbledon public, but, even the most institutional of brands have had to embrace the modern world of digital.

The marketing team for the All English Lawn Tennis Club at SW17 have been no different and the results show that despite being one of England’s oldest and most time honoured organisations they have arguably done it better than anyone else.

At the recent and prestigious BT Sport Awards, Wimbledon beat the competition to scoop two of the main awards; Best Digital Platform and Best Use of Social Media.

No mean feat bearing in mind they were up against the formidable likes of Adidas, Samsung, and Wembley Stadium. But how Wimbledon has used Social media and Personalised Content to ace their opponents?

"Social media is growing exponentially and is increasingly becoming the primary voice with which we communicate with our fans," commented Alexandra Willis.

As Wimbledon's head of communications, content and digital, Willis fully understood that the brand needed to not just be part of an online conversation the public were having about the tournament. They needed to encourage it, enhance it and use it to attract the next generation of Wimbledon addicts.

“We realised we didn’t want to get 10 years down the line and people don’t watch TV anymore and therefore nobody is interacting or watching Wimbledon. We have to bring in the younger demographic now so we don’t have a problem further down the line.”

Andy Murray breezes through to the Second round after defeating Liam Broady. #Wimbledon Photo: Florian Eisele

And Wimbledon has nailed it.

During last years tournament there were over 15 million tweets referencing Wimbledon, including 3 million on the final Sunday alone. The Djokovic v Murray final attracted a staggering 23,000 tweets every minute - that’s nearly 400 tweets a second.

Yet the Wimbledon brand team aren’t patting themselves on the back just yet and aim to increase social media interactions further in 2016 through a more immersive and fun experience for fans.

Fans visiting SW17 and watching on various platforms around the world. ‘Create your own story’ is just one new theme designed to allow users of Snapchat to share short and personalised video of their Wimbledon experience to social media.

This is in addition to Wimbledon’s plans to double their existing Snapchat output, ‘Live Stories’ and also maximise the Persicope experience for their 500,00 + followers.

Fans sharing their Wimbledon experience on social media are now as important as the BBC broadcasting a Murray backhand return in building the brand of Wimbledon in territories such as China and New York.

So be it with shared photo’s of Strawberries and Cream on Murray Mount or clips of the grounds men rushing across the court when the rain inevitably falls, one thing is clear; Wimbledon is set to breaks its own social media records in 2016.

Providing the platforms above for fans to engage with the brand is one thing. Engaging fans to the extent they actually promote your brand for you brand is another. Engagement is driven through personalised content.

As Jerry Daykin commentated in the Guardian, “You’re much more likely to pay attention to updates that are relevant to you.“ This is another digital win for Wimbledon.

Their technological partnership with IBM enabled Wimbledon in 2015 to capture 3.2 million data points from 19 courts over 13 days with an accuracy target of 100 percent and a sub-second response time.

"During last year's final we were analysing about 400 tweets a second," says IBM's Sam Seddon. "Expand that out into Facebook, Instagram and more long-form content, and that's a lot of data.

"We can come up with insights much faster than humans can and inform the media team so they can decide what kind of content they should be offering."

Being able to deliver tailored content to fans across TV, social media and millions of digital devices across the globe aims to “deliver a fan experience that supports the club’s digital vision of cementing digital as the gateway to its brand.”

This data can provide great analytical insights for those paid to commentate on the game, leading to better television coverage, but more importantly it brings the game to life for those watching in the stands, in the palm of their hand, on the PC at work or in their living rooms.

It holds the fans attention longer, it turns them from casual attendees or viewers into loyal brand advocates.

Wimbledon’s digital strap line is the adequate “the next best thing to being there” and in 2015 21.1 million agreed and tuned into the action via digital platforms - 40% more fans than did for last years US Open.

Logic suggests the more that people are talking about a sporting event, the more people are watching it and the numbers above suggest they have been successful.

Digital is the integral driver towards that ambition and if their success continues, it will be “Game, Set and Match” long before the rest of the tennis world have a chance to respond.

What's you favourite thing about Wimbledon?

As always we love to hear from you, tweet us at tlp_tweets.